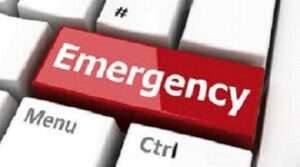 The Federalist Society lately posted the video of an internet panel entitled “What are the Limits of Govt Emergency Powers.” Members included Elizabeth Goitein (Brennan Middle, NYU), Daniel Dew (Pacific Authorized Basis), and myself. The panel was moderated by Ilya Shapiro (Manhattan Institute), who’s a different person from me.

As is to be anticipated with this ideologically various group (Goitein, for instance, is nicely to the left of me, whereas the “different” Ilya is considerably to my proper), there was disagreement on a number of points. Nonetheless, we did agree that emergency powers have been severely abused by presidents of each events in recent times, and that we’d like stronger constraints on their use—each legislative and judicial.

Examples of such abuse embrace Donald Trump’s attempt to use emergency powers to divert military funds to his border wall project, the CDC eviction moratorium and Title 42 “public health” expulsions (each begun by Trump and continued by Biden), and—most lately—Biden’s effort to use the Covid emergency as a justification for forgiving hundreds of billions of dollars in student loan debt. We should always not let partisan bias stand in the way in which of recognizing the dimensions of this downside, and the fact that it’s not restricted to anyone president, or to 1 aspect of the political spectrum.

I’ve embedded the video beneath:

The morning learn for Monday, Sept. 19

Trump Org Responsible Of Felony Tax Fraud. If You Can Even Imagine It!